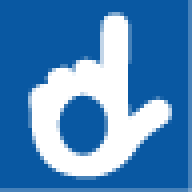 Facebook is a social networking service. Users must register and create a profile account before using the service. After registration users can communicate with friends, share pictures and join groups and follow interests & people. Service can be used for informing purposes.

Google+ is a social network provided by Google. The service enables creating a profile and joining user managed groups known as Circles. Users can also for example notify about events and invite other users to join. Video calls are also made possible via the Google Hangouts service.

Instagram is an online mobile photo-sharing, video-sharing and social networking service that enables its users to take pictures and videos.

LinkedIn is a social media platform intended for professional networking. LinkedIn can be used for searching recommended job candidates, industry experts and business partners. On LinkedIn users can create their online CV, connect with other users, follow companies and organizations as well as join groups of their interest. Users are able to endorse and recommend each other. Companies and organizations can publish news and recruiting announcements on the site. LinkedIn offers both a free-of-char

Signal is an encrypted communications application for Android, iOS, mac, Windows and Linux platforms. It uses the Internet to send one-to-one and group messages, which can include images and video messages, and make one-to-one voice and video calls. Signal uses standard cellular mobile numbers as identifiers, and uses end-to-end encryption to secure all communications to other Signal users.

Skype offers audio calls for free of charge to anyone who uses also Skype. IMs and file deliveries are also free.

Twitter is an online social networking and microblogging service. It enables users to send and read "tweets", which are text messages limited to 140 characters, pictures, videos and links to other web-pages. Tweets can be read without registration but to send your own material registration is required.

WhatsApp Messenger is a proprietary, cross-platform instant messaging subscription service for smartphones and selected feature phones that uses the Internet for communication. In addition to text messaging, users can send each other images, video, and audio media messages as well as their location using integrated mapping features. Users can create messaging groups to service.